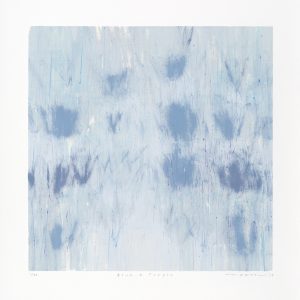 Of all forms of artistic expression, ukiyo-e woodblock prints depicting life in the “floating world” of Edo Japan (1603-1868) have probably done the most to popularize Japanese art beyond its borders. Ever since they were discovered by western travelers when Japan opened its doors to trade and diplomatic relations after more than two centuries of an isolationist policy, Japanese woodblock prints, with their stylized, unapologetically two dimensional portrayals of a pleasure-seeking lifestyle, have been valued and beloved worldwide for their… Read more » 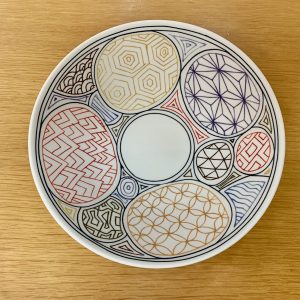 Japan is a ceramic lover’s paradise, where there are countless talented artists working in clay to create a vast and varied range of goods, from everyday dinnerware and tea ceremony utensils to sculptures and decorative objets. Yet, many of these works, despite commanding a high level of technical expertise and aesthetic sensibility, can only be found at some random pottery fair or a small specialist shop in a remote provincial town. So, it was a delight to receive a postcard… Read more » 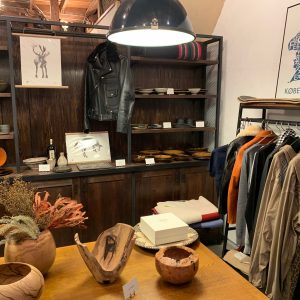 You vaguely think you’ve seen something like this before — a small, cool shop full of arty objects, clothes and pottery. But step in and you will see that DASK is special, from its carefully curated wares to its ever-changing music and enigmatic proprietor. Tucked away in a retro arcade in vibrant Sangenjaya, this shop-cum-gallery is a reminder of the rewards that await the curious wanderer in Tokyo’s urban sprawl. Sangenjaya, just two train stops and a world away from… Read more » 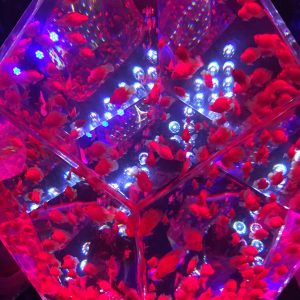 Goldfish have been a staple feature of Japanese summers since at least the Edo period (1603-1868) when wealthy merchants and samurai began to keep them in their ponds as pets. Small and easy to handle, unlike carp, to which they are related, wild goldfish are actually olive green but some turn out to be red,  orange or yellow,  due to a natural genetic mutation. People in ancient China began to selectively breed the brightly-colored and multi-patterned fish more than a thousand years… Read more » 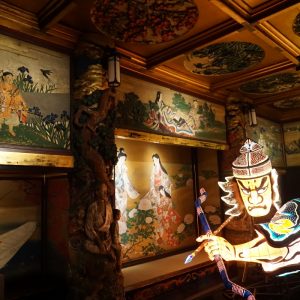 Traditional Japanese architecture is best known for its extreme minimalism, as exemplified by the austere but elegant simplicity of the classic tea house and perfected at Katsura Rikyu Imperial Villa in Kyoto, which is considered the quintessence of Japanese taste. But the Japanese architectural aesthetic is certainly not all about earthen walls, simple bamboo lattices and plain washi paper screens. At the other extreme is an aesthetic that celebrates extravagance, intricacy, even garishness, and reflects the same horror vacui, or… Read more » 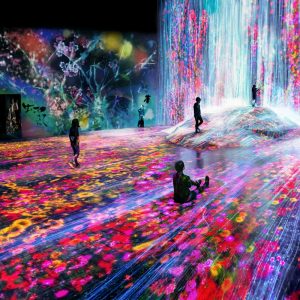 “Wander, Explore, Discover” is the invitation — or is it the challenge? — that greets visitors as they cross the threshold of the new Mori Building Digital Art Museum in Tokyo’s Odaiba district. In this brand new venture, the urban development giant Mori Building – which owns the site — has teamed up with teamLab, a tech-art collective, to create teamLab Borderless, a series of immersive art installations that aim to transcend barriers between art and technology, the physical and… Read more » 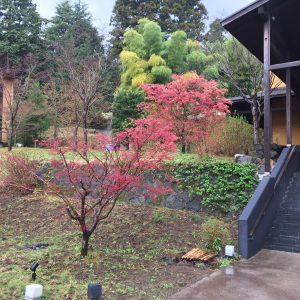 Hakone When it Rains

There are many reasons to visit Hakone, a mountain resort within easy access of Tokyo, from the delightful striking sculpture gardens of the Hakone Open-Air Museum and the spectacular vistas across the Suruga Bay to the region’s famous onsen, or hot spring, baths. But many hapless visitors have found themselves wandering the windy mountain roads of Hakone in downpours so heavy that they render any outdoor activities virtually impossible. Hakone is one of the wettest places in Japan, with an… Read more » 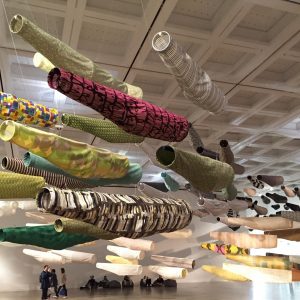 A Mesmerising Collection of Carp Streamers at the National Art Center, Tokyo.

Higher than the roof-tops are the koinobori The large carp is the father The smaller carp are the children They seem to be having fun swimming. Koinobori song, a popular Japanese children’s song (lyrics by Miyako Kondo) Japanese art lovers have long had a soft spot for Impressionism, which is the subject of the main exhibition at the National Art Center, Tokyo (NACT). “Impressionist Masterpieces from the E.G. Buehrle Collection,” has predictably attracted a large number of visitors eager to… Read more » 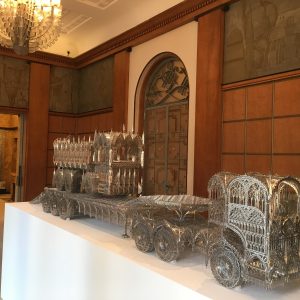 November marked the long-awaited re-opening of the Tokyo Metropolitan Teien Art Museum, where I recently had the luck of enjoying some behind-the-scenes access to the installation of a lively and challenging new exhibition, the intriguingly entitled “Decoration Never Dies, Anyway.” The exhibition, which brings together contemporary artists from around the world, has turned the museum, a private residence built in the Art Deco style of the 1930s, into a delightful journey of the unexpected, enabling visitors to explore over 60… Read more » 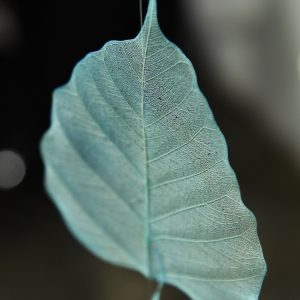 Artist Miya Ando grew up on the grounds of a Buddhist temple in Japan and in a remote area of California. Her spare and contemplative works in metal, glass and natural materials are filled with light and strength, revealing ancestral influences as the descendent of Nicheren Buddhist monks in Bizen, Japan and the 16th generation of a samurai sword craftsmen family. Her humor and warmth quite possibly come from her father’s Jewish/Russian lineage. Ando was born in the United States… Read more » 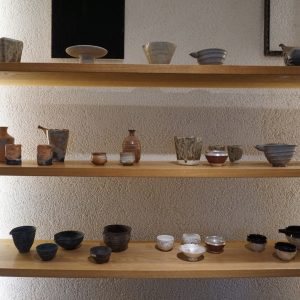 Despite being the capital of a nation obsessed with ceramics and contemporary design, Tokyo hosts surprisingly few shops that specialize in contemporary ceramic ware made by artists who, rather than following a time-honored aesthetic tradition, have developed their own distinctive style. So, it is always a joy to visit Utsuwa Kenshin, a small store located halfway between Shibuya and Omotesando in Tokyo. Here, the owner, Kenshin Sato, displays a carefully curated selection of handcrafted ceramics by artists whom he has… Read more » 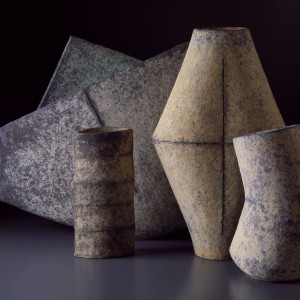 When Ken Mihara signed up to join a pottery club, he had no idea that this decision would change the course of his life. The ceramic artist, whose work can be found at top museums including the Metropolitan Museum of Art in New York, entered university to study civil engineering with a view to becoming a bureaucrat. It was 1970s Japan, when the economy was growing rapidly and the then prime minister, Kakuei Tanaka was plastering the country with concrete,… Read more »