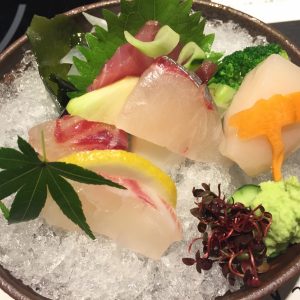 Just a few blocks behind Tokyo’s Imperial Hotel is a cluster of eateries by the train tracks and highway in a thoroughfare known, fittingly, as Korido-gai, or Corridor Road. The pizza, seafood, grilled chicken and countless other joints crammed together along Korido-gai are mostly cheap and cheerful watering holes where salarymen take refuge after a day’s work. One notable exception is Honokawa, a Japanese restaurant with its roots in Osaka serving Kansai-style Japanese cuisine, which is generally lighter and more subtle in… Read more »